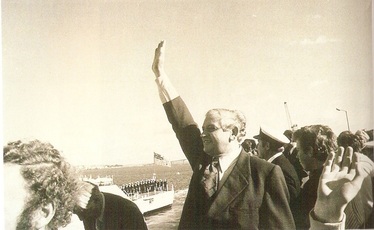 Kirk seeing off the HMNZS Otago in1973
Norman Kirk- Labour-in office 1972-1974
“The pursuit of peace must at all times be a major preoccupation of government.”
Norman Kirk was elected Prime Minister in 1972. Kirk was in favour of being nuclear free. His government was an ‘activist’ government-  he refused to let the South African rugby team in to NZ, established better relations with China and India, and increased New Zealand's aid contributions. In 1973, Dr Martin Finlay was sent by Kirk to take France to the Word Court in the Hague for testing in the South Pacific. When France ignored this, Kirk ‘silently accused’ the French by sending a Navy frigate, the HMNZS Otago, into the test zones at Mururoa as part of the Peace Flotilla. In the DVD ‘No Nukes Is Good Nukes!’ Kirk is quoted as saying “The presence of a frigate in these circumstances will create a great deal of international attention, and I believe that that one action alone will do more to awaken the Northern Hemisphere consciousness to the injury that has been done to the South Pacific people than anything else we could do”. This was the for sending the frigate, as he wished to draw the eye of the major international powers to the South Pacific. Under Kirk, the New Zealand government would consider allowing nuclear powered ships into NZ ports.

“Its purpose was to establish a silent witness on the spot, and to draw the eyes of other countries to it.”
“There’s a suicidal urge to stockpile nuclear weapons”
- Norman Kirk in the 1973 interview with David Frost.
In the first quote Kirk states the intentions behind sending the frigate to Mururoa. In the interview, Kirk makes clear that he did not desire to start a one-on-one confrontation with France, which is why the frigate did not get closer to try and actually stop the test. Its job was just to create a story for the media.
The second quote is Kirk opinion on countries building and having nuclear weapons. He believes that having such destructive weapons will not help the countries defence as the destructive nature of the weapons harms both the user and the user's enemy. 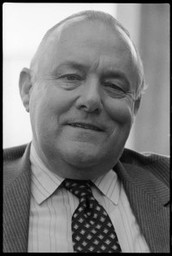 Sir Robert Muldoon
Robert Muldoon- National- in office 1975-1984
“There is no government that have had a stronger stance against nuclear weaponry than my government.”
Robert Muldoon was elected Prime Minister in 1975, after Norman Kirk died suddenly in 1974. Muldoon put the idea of having a nuclear free country and South Pacific aside in order to concentrate on boosting trade and gaining allies. Muldoon was of the belief that the best way to ensure New Zealand’s safety was ANZUS, and reviving the alliance was one of his major priorities. He invited US Navy ships to NZ. 1975 was the beginning of the rift between the US and NZ over ANZUS. Muldoon did oppose the nuclear testing and weapons, and made efforts to achieve a nuclear-free South Pacific. The issue of nuclear-powered US ships in New Zealand ports had been an issue in the previous Labour government as well. Muldoon made it clear to the US that he would be completely willing to allow US nuclear-powered ships to visit NZ. He organised monitoring for radiation contamination in NZ that could be caused by the ships, and the record showed that there was none. In 1976, Muldoon said that the public’s opinion on the ship visits was positive. He based this statement on the fact that the hospitality by New Zealanders to the ships’ crew was friendly. As public opinion grew in support of the protestors and towns and streets began declaring themselves nuclear-free, Muldoon’s popularity lessened. In 1984 Muldoon called a snap election- an earlier than expected  election. He appeared on TV, having clearly been drinking and slurring his words slightly. Despite the few weeks of campaigning, the image of Muldoon drunkenly calling for an election was probably what decided the election (which is sometimes now known as the‘schnapps election’) for many people. One of the reasons for  Muldoon doing this was that one of his MP’s, Marilyn Waring  had threatened to cross over to the Labour side of Parliament if National did not change its policy on the nuclear issue. Muldoon  would go on to lose the election 56 seats to 37. 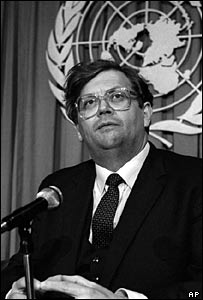 David Lange- Labour- in office 1984-1989
“Rejecting nuclear weapons is to assert what is human over the evil nature of the weapon”
The snap election called by Muldoon in 1984 was won by the Labour Party under David Lange, a man known for his sharp wit. As he came to power, Lange promised to make New Zealand nuclear free and to ban nuclear weapons and nuclear powered ships from New Zealand territory. His attempts to reach a compromise with the Americans failed. Lange was determined to try and keep ANZUS intact, however he did not succeed. Lange’s brother had run a shop in Dominion Road called ‘The Potter’s Arms’ where VAANA sold art that was anti-nuclear focused and supported the protest movement. In the DVD ‘No Nukes Is Good Nukes!’ Lange is reported to have spent time there before he became Prime Minister. David Lange’s most famous moment was the 1985 Oxford Union Debate in October 1985. The moot was that ‘Nuclear Weapons are Morally Indefensible’. The speech was written after the USS Buchanan was denied entry, by Lange, to NZ in February that year. The full American response had not come out yet, but it was virtually fact that NZ was out of ANZUS. The public had still wanted to maintain a good military relationship with the United States, but this now looked very unlikely.  Therefore Lange would be making this speech to New Zealanders just as much as the opposition in the room. Oxford was a conservative university, however, the response to Lange in the room was warm and he definitely had many supporters there that night. The points Lange made in the debate were: Nuclear Weapons are Immoral, New Zealand was opposed to such weapons, and that New Zealand did not have a duty to support nuclear weapons simply because their allies did. The speech makes the point that New Zealand is under no threat from nuclear attack, so it is therefore pointless to have a nuclear defence. Lange strongly enforced the idea that the New Zealand people had no interest in being defended by nuclear weapons. The most well-known quote from that night is the response Lange gave to a question asked by the opposition “and I will give it to you if you hold your breath for a moment. I can smell the uranium on it as you lean forward” (seen at 2:00 in the video below). Lange also received much applause when he said “ to compel an ally to accept nuclear weapons against the wishes of that ally is to take the moral position of totalitarianism, which allows for no self-determination, and which is exactly the evil that we are supposed to be fighting against.”- seen at 3:02 in the video below. Lange is saying New Zealand being unable to remain in ANZUS while also being nuclear free is an exhibit of totalitarianism by the US. This speech was important in that it evoked a large amount of pride in New Zealanders, to see one of their own on performing at their best on the world stage. Lange’s pride in New Zealand being independent in this decision to be nuclear free influenced people back in New Zealand to feel the same way. Lange was in power when the Rainbow Warrior was bombed by French agents in 1985. His response was that he wanted those responsible to be caught. “I want these people who are wanted on murder charges to be brought to justice. I want that done in New Zealand. I want then after that trial to have French Government culpability assessed in correction with the Rainbow Warrior itself.”

The above video is from the current affairs show Close Up in 2008, which is when a book on the Lange government came out. The footage has been edited, but the quotes shown are some of Lange at his best. The paragraph above has the times for specific quotes.
Previous
Powered by